Within Kuwait by Your Side Campaign and UIMS implementation we opened 6 caravan schools in the presence of Secretary-General of the Council of Ministers Dr. Mahdi al-Alaq, Nineveh governorate Mr. Nawfal Hamadi Al-Sultan, the general director of NCCI (NGO Coordination Committee for Iraq) Mr. Mohammed Al-Timimy, Dr. Ahmed Al-Heety UIMS president and Nineveh Education Director in addition to military leaders.
This schools considered as a part of establishing caravan schools project in plains area and the right side in Nineveh. 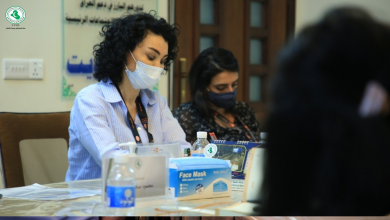 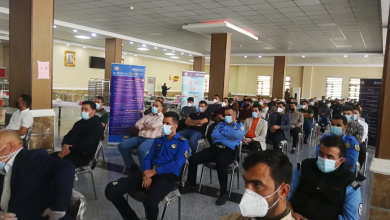 Awareness sessions at the airports and border crossings in Iraq. Erbil -15-10-2020

The United Iraqi Medical Society for Relief and Development has resumed the second campaign, “We are all with you”